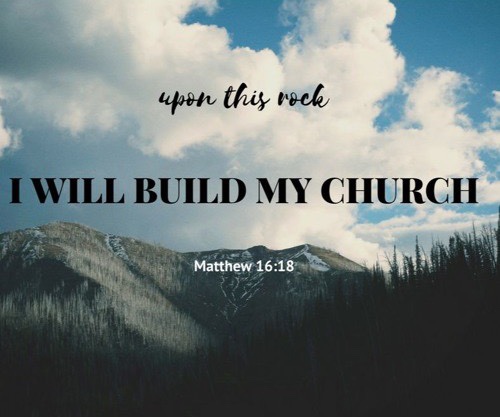 16 Simon Peter answered, “You are the Christ, the Son of the living God.”

18 …upon this rock I will build My church; and the gates of Hades will not overpower it.

Jesus had asked His disciples who men had claimed He was. Some thought He was John the Baptist, and others thought one of the prophets. Jesus then asked who they thought He was. Peter declared that He was the Christ, the Son of the living God. Jesus tells Peter that he did not get this revelation by natural means, but from the Father. Then He declares that it is upon this rock He will build His church, and the powers of hell itself will not prevail against it.

The rock that the church stands on and overcomes all the powers of darkness with is the revelation of Jesus as the Christ. The word Christ means Messiah or deliverer. When you get to know Jesus for who God anointed Him to be and what He accomplished for us, the authority of hell, the devil himself, cannot prevail over you. Many know about Jesus, or know of Him in a religious way, but they don’t know Him as the One sent by God to defeat death, hell, and the grave so that we can live a life of victory and not succumb to evil and be defeated.

When you look to the cross and what Jesus did for us, it was not just so we could go to heaven. In taking our sin, and the punishment our sin deserved, He bore the curse and all that came because of that curse to deliver us from it. Time spent meditating in the New Testament, seeing what Jesus fulfilled through His life, death, burial, resurrection, and ascension, is how we can receive revelation from the Father of our Messiah, our deliverer. He has delivered us from the powers of hell itself and the way we enforce that victory is by faith in our deliverer, and what He has done for us.

Posted by Pastor Darryl Baker on December 7, 2019 in Uncategorized